The 10 Best Rides at Universal Orlando, According to the Experts

Universal Orlando Resort is about to kick off an exciting summer. The theme park introduced a new rollercoaster at the beloved Wizarding World of Harry Potter — Hogsmeade in Islands of Adventure and Diagon Alley in Universal Studios. Hagrid’s Magical Creatures Motorbike Adventure joins Universal’s lineup of rides, from thrill-seeking coasters to nostalgia-inducing favorites.

“I believe the draw that Universal has, in general, is the opportunity to be a part of your favorite movies. To be inside and forget about the rest of the world for a bit,” said Paloma Navarro, a Click The Mouse travel planner based in Toronto, Ontario.

Here’s a list of the top attractions at the theme parks, according to the travel professionals who book (and ride) them.

Escape from Gringotts
“I believe it’s unique in concept and it really gives you the chance to be completely immersed in the Harry Potter World,” said Navarro. “Every last detail has been thought of, and it’s a big thrill ride, so it has something for absolutely everybody. As a travel agent and fan of the Harry Potter world, for me, it’s a must.” 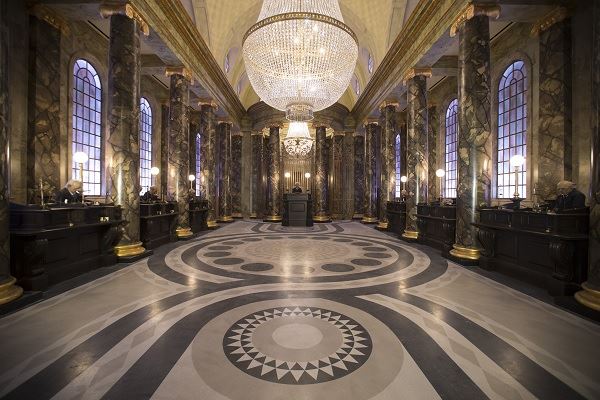 Despicable Me Minion Mayhem
Great for younger park-goers, the ride “engrosses you in the world of Gru, and the minions always make kids laugh” said Mendy Williams, an affiliate of Ears of Experience, in Slidell, Louisiana. 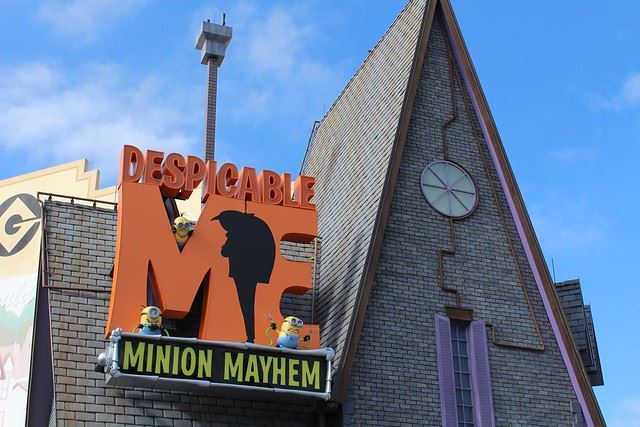 Revenge of the Mummy
It’s an older ride, with just a little over 15 years since the ride first opened, but it’s a classic. The ride thrashes forwards and back on the track fleeing from the evil Mummy Imhotep, before plunging straight down into the pitch-black abyss. Hogwarts Express
Step onboard the Hogwarts Express through Platform 9 ¾ from King’s Cross Station in London at Universal Studios Florida and travel to Hogsmeade Station in Universal’s Islands of Adventure, or ride the other way around for a different experience. “It’s really cool that they created some visual things for people to see what J.K. Rowling imagined in her head,” said Williams. “Universal has really stepped up their game in their theming, has done such an incredible job.” 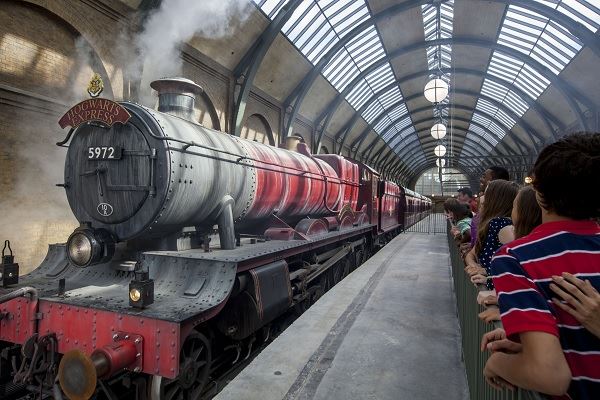 Jurassic World: The Ride
The ride has undergone a revamp from the original Jurassic Park: The Ride, incorporating dinosaurs from the new movies and more thrills. It reopens this summer.

“I was a kid when the movie came out, and it blew my mind (like I believe it did for so many), so to do the ride, and have the doors of Jurassic Park open for me, while the beautiful theme is playing, and have that first glimpse of all the animatronics as if you were there … it just takes me back to being 11 again!” said Navarro. 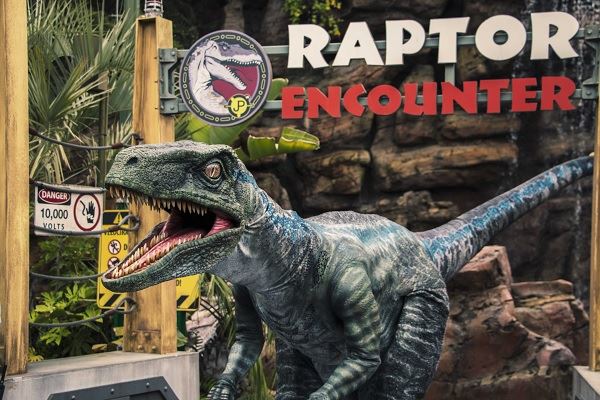 Harry Potter and the Forbidden Journey
The ride “makes you feel like you’re flying with Harry and the gang,” as you go into Hogwarts Castle itself and see the interactive portraits while you’re walking through the queue. “It’s so magical to be inside of a universe you love,” said Williams. Incredible Hulk Coaster
Williams said “Coaster fans love the Hulk, and that first takeoff will take your breath away.”

“From the get-go, you’re thrust into an adrenaline-ridden experience like no other,” agreed Sara Newbury, a concierge travel specialist with Travel Leaders, of Lewisburg, Pennsylvania. 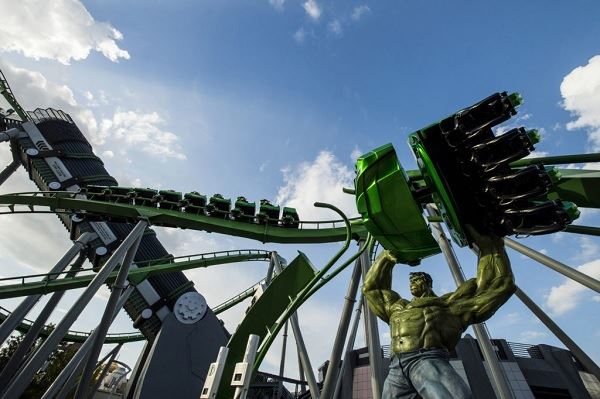 Newbury pointed out three stand-out water rides. They’re each “enhanced by the Tapu Tapu system, a virtual ‘hold your place in line” technology that guests have responded well to and is a great way to fully explore the park.”

On the Krakatau Aqua Coaster, riders go through twists and turns inside the heart of the 200-foot-tall Krakatau Volcano, before plunging through a shimmering waterfall. 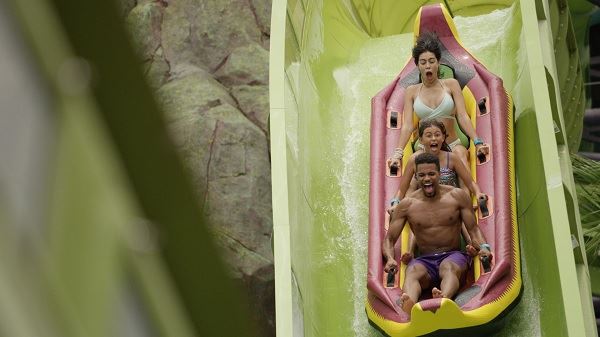 The enclosed Ohyah of Ohyah & Ohno Drop Slides have four- and six-foot drops, respectively, above the awaiting pool. For groups, the six-person Maku Puihi Round Raft Rides have two lava-tube paths that spin riders around the twisting flume before being deposited into a calm pool at the canyon’s end. 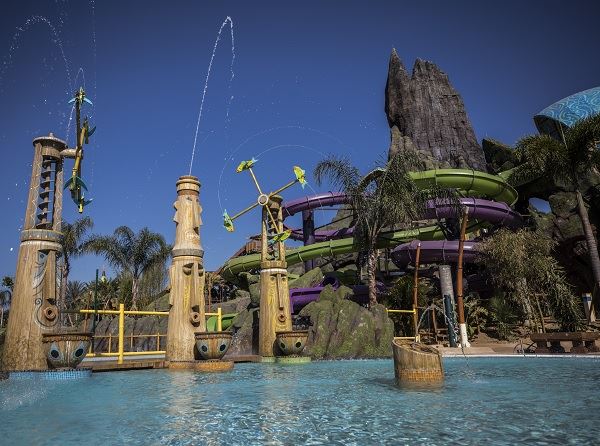 Honorable mentions
A true thrill ride, Hollywood Rip Ride Rockit allows riders to pick music to listen to as they zoom at 65 mph around the track. 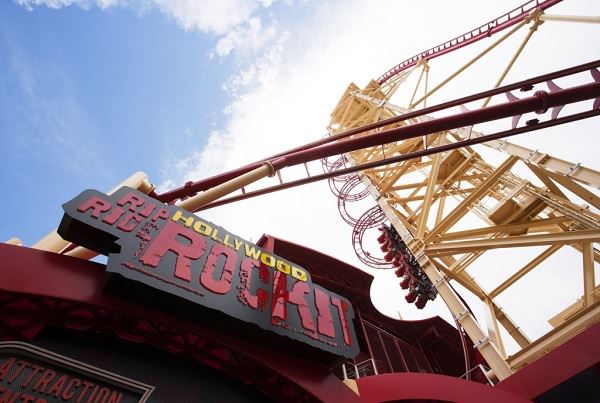 Fast & Furious – Supercharged
Brand new to Universal Studios, drive side by side with your favorite characters from the franchise on a high-speed chase. While on the queue, designed as a mechanic shop, you can check out the muscle cars on display. 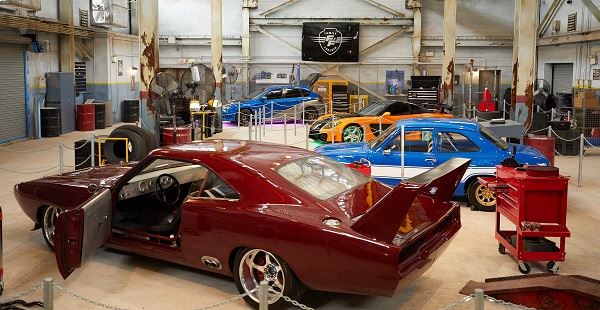 Men in Black Alien Attack
Fight off aliens as an MIB trainee with a good eye and steady hand on your laser gun. The more of them you hit, the more points you get. 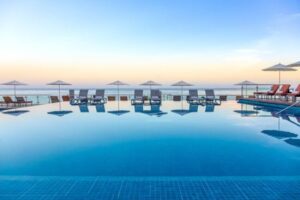 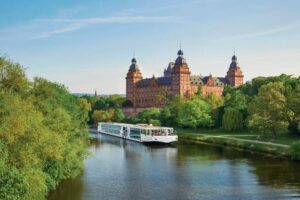 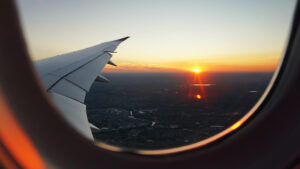 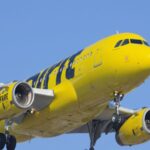 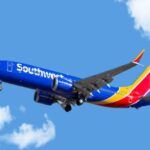 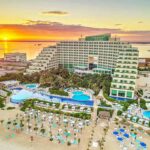 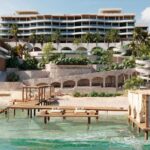